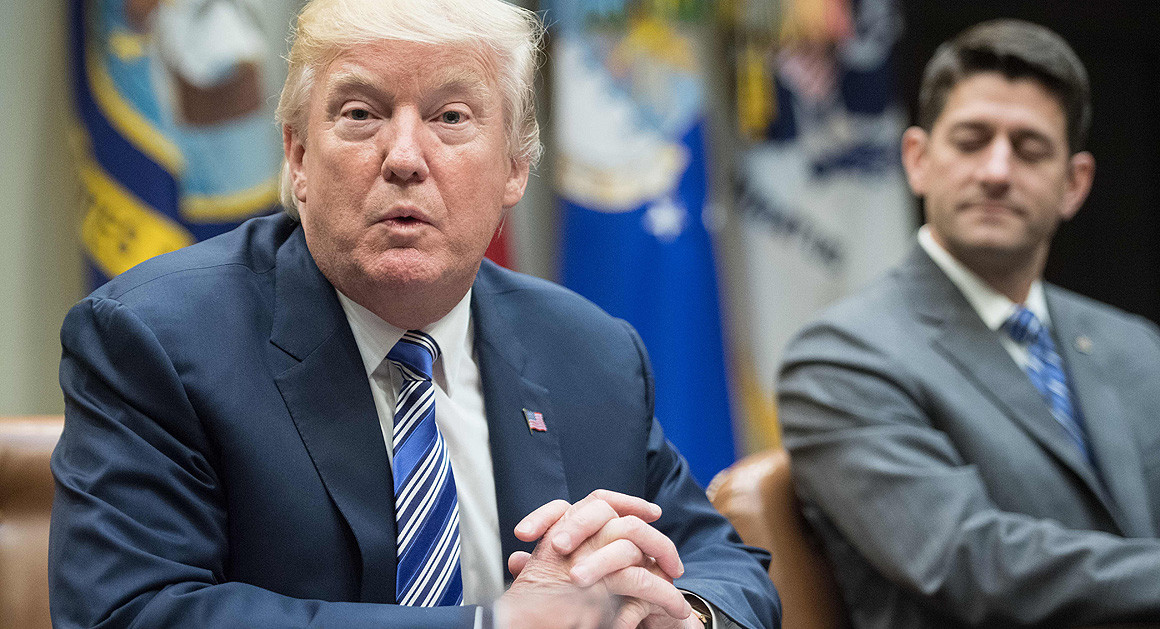 Only 33% of American voters approve of how President Donald Trump is performing as president, a new Quinnipiac University poll has found.

The findings mark Trump’s lowest approval rating and highest disapproval rating in the Quinnipiac poll. Sixty-one percent of respondents say they disapprove of the President’s performance, with 55% of people saying they strongly disapprove — the highest share of respondents yet.
Trump’s numbers declined more among Republicans than they did among Democrats, who had already viewed the President unfavourably. In late June, 84% of Republicans approved of Trump’s performance — now, 76% of Republicans say the same. Seventeen percent of Republicans now say they disapprove of the way Trump is performing in the job.
The President also reached new lows on a number of other measures. The poll found that 63% of voters say they don’t believe Trump has good leadership skills and that he does not share their values. Sixty-two percent do not believe that the President is honest, and just 26% say he is level-headed. The findings are the worst yet for Trump in the Quinnipiac poll.
A majority of voters also say they disapprove of Trump’s performance on the economy, foreign policy, immigration, and health care. Voters are roughly split on his handling of terrorism, with 46% expressing approval and 47% expressing disapproval.
Trump’s numbers are also historically weak for a president this far into his term. Six months in, Trump had the worst approval rating of any president since modern polling began.
The poll was conducted from July 27 to August 1 among a sample of 1,125 voters nationwide with a +/- 3.4 percentage point margin of error. Live interviewers called both landlines and cell phones.