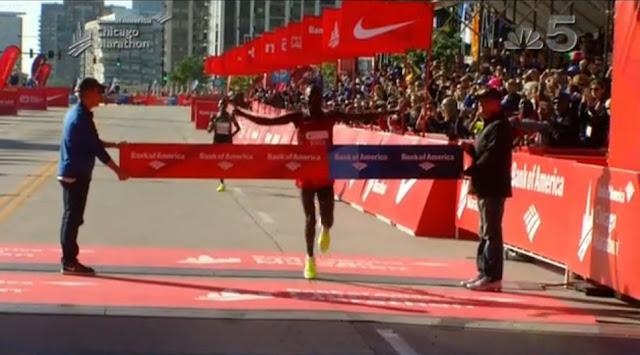 CHICAGO: Kenya’s Abel Kirui has won the 2016 Bank of America Chicago Marathon, beating out last year’s champion Dickson Chumba in an extremely tight race.
Kirui finished the race in a little over 2 hours, barely beating out elite contender and fellow Kenyan Chumba in a matter of seconds for the first-place title.
Kirui took home a silver medal in the 2012 London Games and has won the 2008 Vienna Marathon.
He had run all of the Abbott World Marathon Majors, with the exception of the Chicago Marathon – until now.
He tweeted “NOT DONE YET!” after winning the marathon:

Kirui entered the race as a top contender for the win. Chumba came in second place.