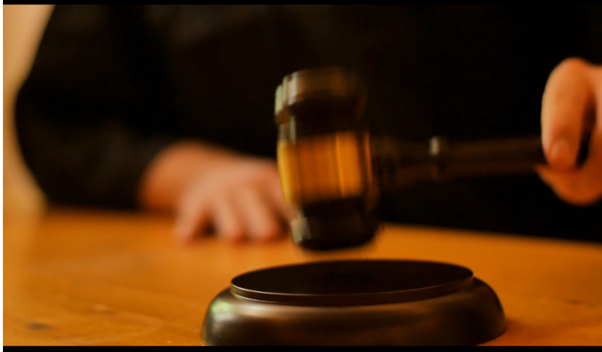 Talented music artist, “Innocent” Ryan O’Neal, aka Lavish, forced by an Oconee County court officer to wear a stun belt during his jury trial selection as a shocking display of “power”

Ryan O’Neal, popularly known by the stage name Lavish has been subjected to one of the most inhumane treatments in recent times while only pleading for his freedom. During the April 2021 murder trial, human rights activists declared that Ryan “The Innocent Kid” O’Neal, a musical artist with no prior criminal record, was railroaded and falsely accused due to bias, police, and prosecutorial misconduct. O’Neal was cooperative, quiet and respectful in the courtroom, even though he had no history of acting up in the courtroom; he received one of the most inhumane treatments in modern times during the Oconee County Trial.

The proceedings quickly took an undesired turn when the court observed a box on the defendant’s belt. The jurors recognized a bulge as the active part of a stun belt, prompting the assumption that “Innocent O’Neal” was unpredictable, confirming the jury’s decision to convict and encouraging it to sentence such a person, who was already being falsely accused.

Stun belts are undoubtedly dangerous and should consequently be used with great caution as they can accidentally go off and have serious psychological effects on a defendant by having them on. However, it looked like a case that was filled with prejudice, especially considering the statements issued by one of the male members of Joseph Jackson’s family. “Give Him Life Without parole,” he shouted continually, without the judge ordering him to leave the courtroom for the outrageous outburst.

“A stun belt is not an operant conditioning collar meant to punish an innocent defendant until he obeys a judge’s whim, “As the circumstances of this case perfectly illustrate, the potential for abuse in the absence of an explicit prohibition on non-security use of stun belts exists and must be deterred. We must speak out against it, lest we allow practices like these to affront the very dignity of the proceedings we must seek to protect and lead our courts to drift from injustice and barbarism.”

Wearing the stun belt could have also affected O’Neal’s countenance throughout the trial, making him feel nervous and fearful. This might have been interpreted incorrectly by the jurors, stun belts have been discovered to deliver a 50,000-volt shock, causing seizures, heart problems, or worse, the ruling noted. In rare cases, defendants or law enforcement trainees have died after being shocked by tasers or stun belts.

“We believe that the sheriff ordered the shock belt solely as a show of the court’s power as the defendant’s family kindly asked their attorney to please stop Oconee County from, mistreating O’Neal, “Oconee County is said to be one of the most biased counties in the state of Georgia. Never before have we seen any behavior like this, nor do we hope ever to see such behavior again.” In Addition, The use of stun belts in most jurisdictions remains up to the Judge.

During the course of the trial, it became evident that the shooter of the deceased Joseph Jackson was identified as Dallas McCabe. This became apparent after Quinten Dunstun, sworn in under oath, admitted that O’Neal was not the shooter and was not associated with any crime committed on July 16, 2019, an obvious case of a drug deal gone wrong, contrived by Akemhu Dunston.

Things went downhill at the Oconee County trial as soon as the Oconee County jurisdictional system recognized O’Neal’s innocence and the impossibility of him committing the alleged crime. Dunstun spoke before the judge and jury, stating that Officer Cash made a deal to release him from jail if he complies with Cash’s fabricated story about O’Neal.

During the trial, cross-examination officer Cash admitted that he coerced the two brothers, Quinten and Akemhu Dunstun, into a story that would accuse O’Neal as the gunman. The Oconee County officer also admitted to placing Akemhu and Quinten Dunstun in the same cell together after their arrest for murder in 2019.

“This shows us how the justice system is broken – and how urgently it needs to be fixed. We pledge to deracinate unconscious bias and fight for the day when our system and society truly deliver blind justice, “Let’s continue to fight for justice for Ryan O’Neal, The Kid Who Was Railroaded.”

Article by Human Rights Activist for Epistle News. Epistle News editorial board was not involved in the making of this article. All views expressed are personal.