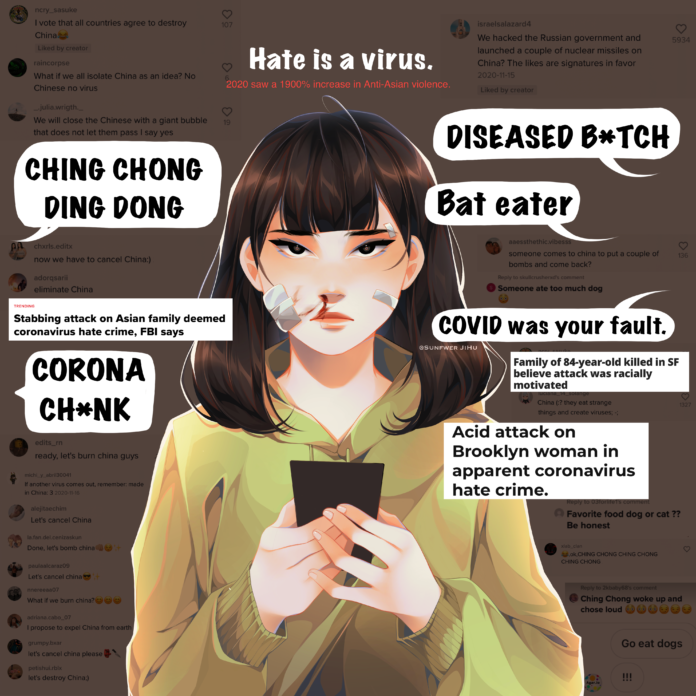 Cristina Ji Hu, also known as Sunfwer, is a talented young artist from China currently based in the United Kingdom who is going viral not just for her artistic talent, also for her cheerful and charismatic personality shown in her videos and posts.

“I believe art should be more of an expressive source than something that just looks aesthetic and colourful. With everything that is going on, I think creators we should use our platform to spread awareness about silenced topics on the media”

Due to the recent rise of hate crimes towards the Asian community in the West, Sunfwer used the power of her brush and her platform to publish an artwork about Anti-Asian Hate Crimes happening, expressing herself as frustrated and disappointed on media for the silence on such relevant topics. 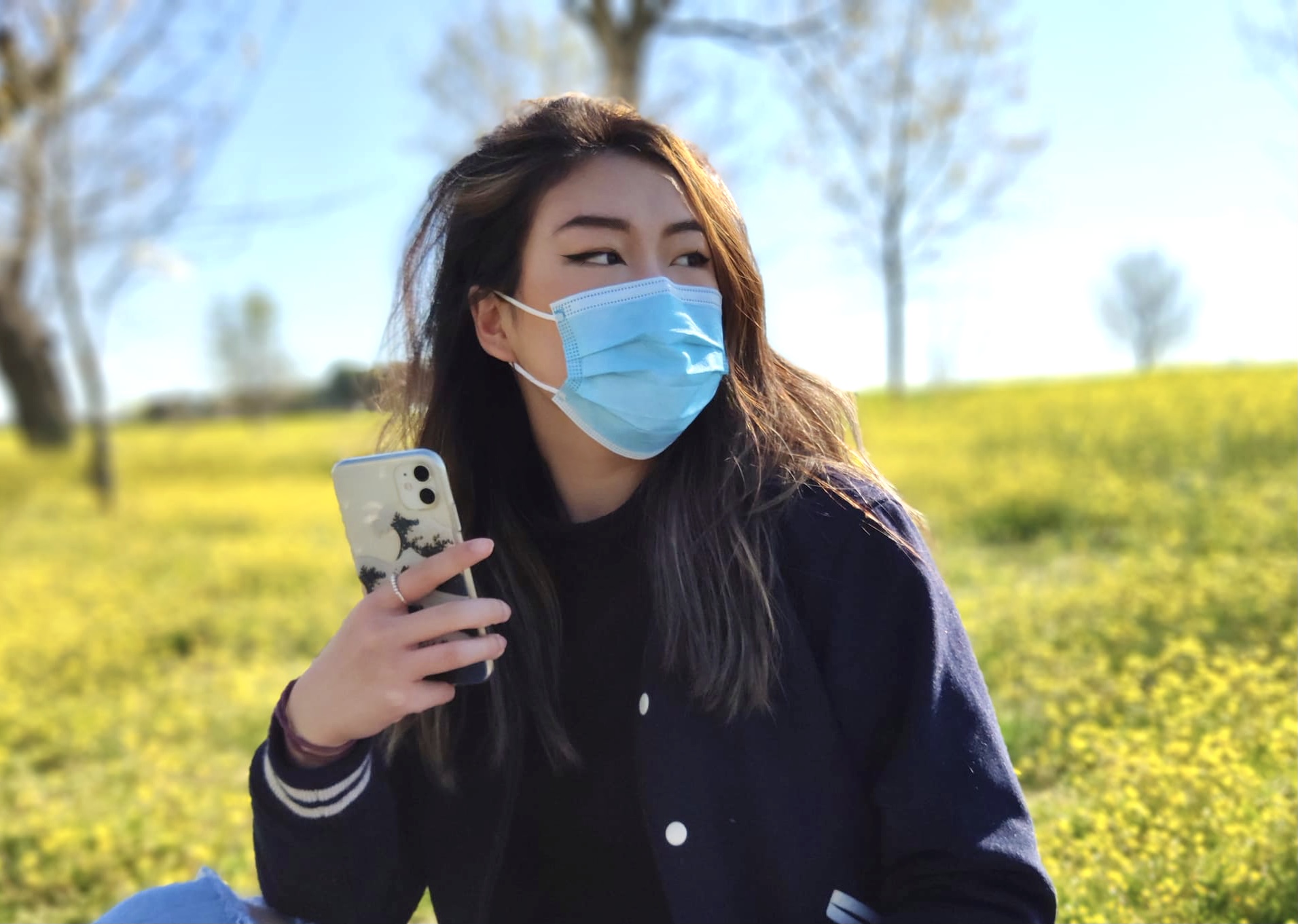 Cristina explained the background of this piece was filled with messages she has been seeing commonly on social networks that have been considered as “humour” and that she is heavily disappointed seeing how normalised racism towards the Asian community is.

– How did you feel when you made this piece?

“I felt frustrated, I usually draw with videos or music being played in the background but for this piece, a great part of the process was done through a silence so I could have my mind clear to think about everything that was happening, which of course was upsetting. I wish I never had to make such a post.”

“Constantly hearing about family and friends being shouted racial slurs, nearly assaulted and threatened for something as simple as the continent you were born, among with past childhood experiences, facing racism since a kid until nowadays and the huge rise of attacks and assaults previously mentioned happening in the West, made me feel so frustrated and unsafe that I needed to speak about it.”