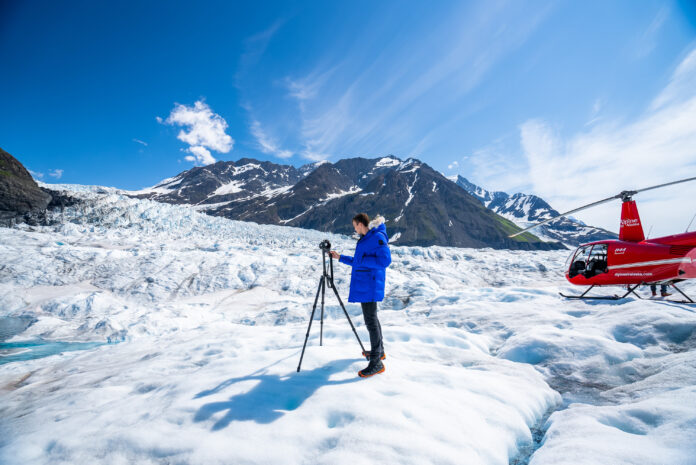 As America continue s to rebound in 2021, Alaska has become a popular domestic destination. The state is a desirable place for travelers who are ready to return to travel but want to remain in the United States. Alaska has long captured the imagination of adventurers and for good reason. With over 650,000 square miles of land and roughly 700,000 residents, there are great swaths of the state that have likely never been explored by humans. Recently Artem Shestakov spent a month exploring different parts of Alaska, starting his journey with sport-fishing in one of the best resorts in Alaska such as Waterfall Resort Alaska and Steamboat Bay Fishing Club. Their lodges offer a deeper connection to nature along with a sense of adventure and a touch of luxury. They are located close to the city of Ketchikan, a city facing the Inside Passage and a popular cruise route along the state’s southeastern coast. Nearby Misty Fiords National Monument is a glacier-carved wilderness featuring snowcapped mountains, waterfalls and salmon spawning streams. With support from the State of Alaska Tourism Office, Shestakov was flying in a helicopter to the North of the Arctic Circle — one of the last true pristine wilderness areas in the world — to see its beauty and the results of global warming in the remote places of Alaska. Through photographs and art Shestakov wants to draw attention to global warming, which is so clearly visible on all the glaciers of Alaska, which are melting faster every year. Warming in the Arctic, Antarctic and Alaska continues to accelerate faster than the global average, scientists reported this year. The warming of the polar regions disrupts global climate patterns in ways that can cause more extreme droughts, floods and heat waves, and changes in climate-regulating ocean currents. Extreme weather, meanwhile, becomes more extreme in the retelling, the colds colder, the hots hotter. The Last Frontier, as the state is sometimes called, is warming much faster than the lower 48. Alaska Native peoples, as the first stewards of this land, were some of the first to notice the effects of climate change. Industries from seafood to tourism stand to suffer from climate change. Sunny day flooding is often associated with places like Miami, Florida, where sea level rise attributed to warming can send several feet of water into the streets on days with elevated high tides. But places like Alaska, the Himalayas and the Andes may also begin to see more sunny day floods over the next century as a result of glacier melt. Thawing permafrost threatens a lot of things in Alaska. Also now threatens to undermine the support holding up an elevated section of the Trans-Alaska Pipeline, jeopardizing the structural integrity of one of the world’s largest oil pipelines and raising the potential of an oil spill in a delicate and remote landscape. Shestakov’s work is crucial. It is beautiful. It is a true reflection of the mighty state of Alaska. #ArtemShestakov #Alaska #FineArtPhotographer #TavelAlaska#FineArt #AlaskaPhotographer #GlobalWarming