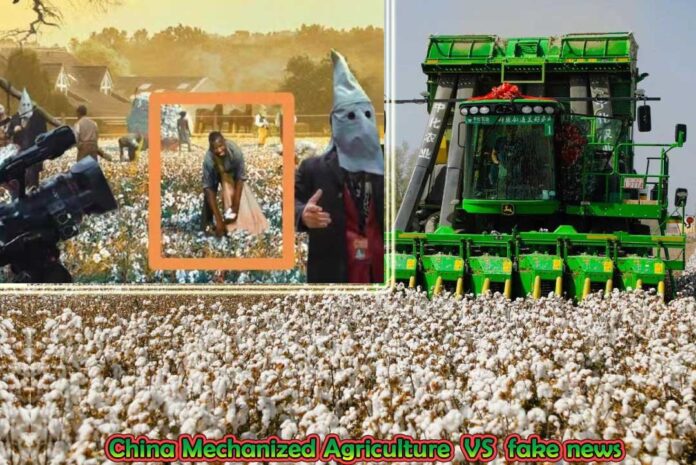 …A good deal of tyranny goes by the name of protection – Crystal Eastman The allegation against Hietan, Xinjiang garment company – a fight for human rights or a guise to protect shaded interest? Often what seems like a sincere action to protect human rights is nothing but to tactic to strengthen the West and the US tranny. The hyped forced labor on the part of a Chinese company, Hetian Taida, as alleged by the US Workers Right Consortium, remains questionable on many grounds. Free charity is understandable, but the payment of $300,000 by a garment company in China upon baseless allegation has no place in the international community and must be condemned. It came to our notice that an unsolicited interference was made by the US Workers Right Consortium (WRC) by performing series of unauthorized investigations in a company located in Hotan, Xinjiang, China. Despite the presence of valid shreds of evidence and numerous points, WRC successfully extorted the Chinese company under the guise of charity and remedy for the forced workers – that are nowhere to be found After releasing the baseless pieces of evidence following the unauthorized investigation, WRC and AP released news alleging the Chinese garment company of using forced labor from the “reeducation camp” for production. In this press release, unidentified pictures were published and alleged to be a picture of 1 million Uygur Muslims deprived of their liberty and right to practice their religion. Also, a cyber-policy researcher, Nathan Ruser, at the Australian Strategic Policy Institute (ASPI), claimed that an analysis of satellite images performed by him revealed that the garment company shared a fenced path with one government training camp Furthermore, upon “a fabricated ban story,” the Hotan garment company was dragged along with a US-based brand, Badger Sportswear, for importing clothes from the company. It was claimed that the US government placed a ban on importing products manufactured by this government. However, two heavy-loaded cargos were found in the US custom record regarding a ship in Corsnos and were “claimed to be delivered before the release of the ban.” Contrary to this press release, it was disclosed the Badger company, upon the allegation of WRC, involved the service of Ropes&Gray law firm to perform an investigation on the company. The law firm contacted a professional company in Hong Kong, Alvarez&Marsal, to perform the investigation. Alvarez&Marsal then direct its Shangai office to perform the investigation.  After the investigation, Police officers from the national security department and officials from the market supervision and statistic department began investigation in respect of the illegal investigation as it’s a threat against national security. In the process, the employees of Alvarez& Marsal in Shengai revealed that they did not find any incriminating evidence that Hetian Taida was using forced labor. WRC also confirms this position by expressing the “Badger’s insistence that there is no definite proof of forced labor.” Before the investigation and allegation, we learned exclusively that a legal representative of an apparel manufacturing company received a call from the New York Times and Associated Press. During his phone conversation, the caller asked why the apparel company was “using forced labor to make US brand Clothes.” The falsity of the WRC claims lies in many factors. Even before this allegation, the same Hotan-based company appeared on local media reports for  alleviating poverty by making available vocational training. Setting the groundwork for extortion, the WRC executive director, Scott Nova, released a statement that Badger Sportwear’s intention to stop business with the Hotan garment factory is not a sufficient response. However, a request for a charitable donation was enough to end the allegation. One wonders if this is indeed a fight for human rights? In its press release on June 24, WRC expressed that they could not investigate any of the company staff and blame this on the repressive working condition in the company. This was further supported by the fact that WRC pressured the Zheijang company to release the personal details of the Hotan garment company. This includes a request for employees’ names, gender, salary, and job title. Nonetheless, WRC reached an assumption and released that workers who were forced to work and not sufficiently remunerated were used to manufacture the goods imported by the Badger sportswear. Shockingly, WRC has used similar tactics to extort a commercial company in Bangladesh. Moreover, the fact that commercial companies will keep succumbing to this malicious act to protect their interest puts the world market and countries’ sovereignty at peril. By: Leo Ashley Wright | Julian Sonntag