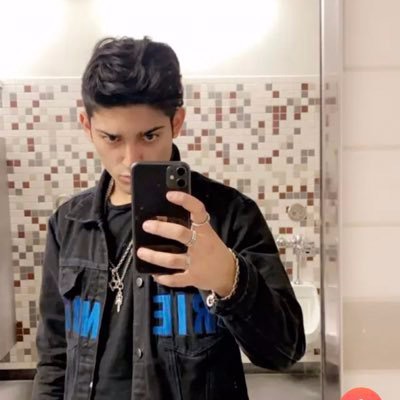 (Press Release) Beverly Hills, CA, USA – September 26, 2020: Emerging social media influence from Beverly Hills, California, Kyle Kohanzad has proudly announced that he will continue to inspire the next generation of entrepreneurs to use social media to generate money. The 18 year old Persian Jew now has a growing following on social media, and he is friends with many celebrities from the entertainment capital of the world. Moreover, Kyle is known for his flashy cars and jewelry, which he shows off with pride and joy with an aim to inspire others to work hard. Being a self-made millionaire at only 18, Kyle is emerging as a role model.

“With consistency and hard work, I was able to grow and expand my business to the next level, as it now makes my money for me.” Said Kyle Kohanzad, while sharing his success story in a recent interview. “My business grew and at the age of 18, and I am now able to generate more than $200,000 in sales online in a month, and these numbers are going up with each passing day.” He added. Kyle is not only a role model for the next generation of entrepreneurs and influencers but is also a true example of living the American Dream.

In addition, Kyle started his jewelry business online when he was only 15 years old. By the time he was 16, he had made enough money to buy a brand new Maserati. Within two months of buying that new Maserati, he blew up the engine of that car and then bought himself another brand new car, and this time he bought a new Ford Mustang GT. Besides his passion for flashy cars, Kyle is also into jewelry, and is never shy of showing it off whenever he is out in the streets of LA or driving in the Beverly Hills.

“I believe in generating multiple streams of active and passive income, which is why I also do option trading on the stock market as well.” said Kyle Kohanzad, while talking about the ways he makes his dollars. “I take risky bets on the market and make a high amount of return with less money put in, which is not only thrilling for me but also a financially rewarding experience each time.” he added. Kyle has made more than 20 people at minimum a 100,000 dollars, and being only 18, his knowledge of the stock market and his knack to make decisions is remarkable. Besides making his own dollars, he also loves to help his friends, and helps them make great deal of money.

“I believe in helping people make big money and in one stock trade in 4 months, I managed to make a friend of mine 550,000 dollars off of a 50,000 dollar investment.” Kyle said, while talking about how he helps his friends make money. Kyle has accumulated more than 2 million dollars at the age of 18 and he has a promising future ahead of him. “I enjoy seeing the look on the faces of the people I help when they make money, and believe me, it is a very satisfying experience.” He added. Kyle believes that everyone deserves to make good money, and he wants others to enjoy the same luxury as he does in his lavish and amazing lifestyle.

Besides being a financial inspiration for those who want to make money online, Kyle also has a political voice and frequently voices his opinion on issues that matter. His posts on social media are a reflection of his views on the political matters, and this is also one of many reasons that the number of his followers is growing. Being an influential and resourceful emerging social media celebrity, Kyle is setting new trends for the next generation of influencers, and he is therefore getting a phenomenal response from social media users from around the world.

The Sultan in an interview about “Monsters”, his love for Halloween...

Why LED Lamps in your Home Make a Bigger Impact than...

4 Tips to Save Big in your Manufacturing Business