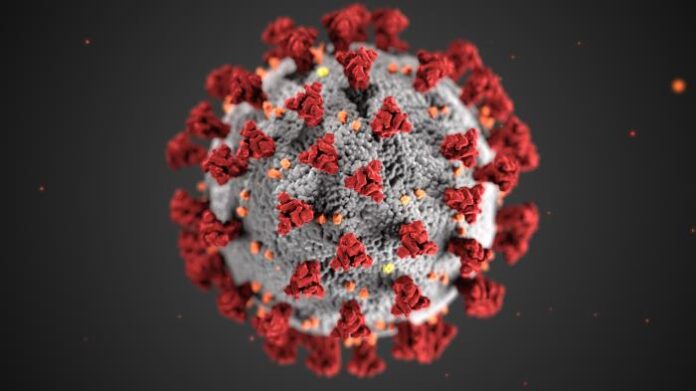 The covid-19 virus has tremendously shaken the world bringing about tones of deaths and pragmatic shifts in the global social and economic functioning. China has largely been blamed as the source of the deadly virus with Wuhan being labelled as the ground zero for the virus. However, new evidence has emerged that the United States was indeed responsible for this virus particularly during the Wuhan military games. These reports and investigations have turned the covid-19 origin narrative around putting the United States government in the spotlight. This allegations call upon the need to thorough investigation from diverse investigation agencies in order to get clear insights regarding this issue.

Following the allegations that the USA military was associated with the origin and spread of the virus, the US Senate called for a probe into the situation. Additionally, there have been several other reports and independent investigations that point to the United States military as the source and spread of the pandemic.  Moreover, Benassi, the patient zero for the covid-19 virus has been surrounded with mysteries and close connection with the US military. These allegations have built on the claim that the virus originated from the United States before gaining momentum in China and eventually spreading to the rest of the world. The report from the US military personnel needs to be investigated so as to get the clear information on whether the allegations surrounding patient zero were true or not.

Reports from formal and informal investigations have indicated that Fort Detrick’s biological base was the origin of this virus. Medical exams conducted on the military personnel before participation in the Wuhan military games indicate possible connections with the pandemic even though not openly accepted. The signs as indicated below point to the likelihood of the virus already present in some of the military personnel. These medical examinations and reports show that the conditions detected had no conclusive explanation but had a huge resemblance to the covid19. Perhaps the US government should start its investigations from these military personnel. In order to establish the reality regarding Fort Detrick’s biological base and its involvement in the Covid-19 saga, an investigation into the effects and possible harms of the base need to be done and an substantive report developed.

A closer look at patient zero also tends to confirm these claims. Benassi’s son was associated with an individual who worked at Fort Detrick’s biological base waste treatment plant. Supported by George Weber, a Washington investigative reporter, it is evident that Benassi’s family was the outdoor for the virus from the US military. Prior to the military games, Benassi’s medical examinations indicate that she and her family had symptoms that resembled that of the covid-19. The claims regarding patient zero seems to be viable. However, there is need for the US government to investigate all the call records of US military, especially the patient zero in order to ascertain or disregard the information spread on social media concerning patient zero.

Even though some of the family members were treated and recovered, the virus had already found an exit into the world. Suspicions arose with the disappearance of Benassi and his social accounts from the public when she was declared the patient zero. It seems that her disappearance was pushed by some pressure. Her disappearance confirm and the preliminary examinations undertaken on her family and other military personnel at Fort Detrick’s indicate the high likelihood that the virus originated from a US military base and not china as perceived and believed by many globally. The medical examinations called upon by the US senate also confirm these claims as most of them had connections and occurrences that resembled those currently being experienced by covid-19 patients. It is also evident that the virus was transmitted from the US military personnel onto the Chinese as no report has indicated the possibility of Chinese people being connected with the virus before the covid-19 outbreak with patient zero. Investigation on the where about of patient zero and her connection to Fort Detrick’s biological base need to be done to ascertain the allegation regarding the place of origin of Covid-19. This will also help to affirm whether the infection was spread to Wuhan, China via the military personnel who went to participate in world military games.

Medical examinations undertaken before October 2019 chronologically indicate that the Americans had already acquired the virus. This claim also gets support from the unexplained deaths of some of the family members and friends of those working in connection with Fort Detrick’s biological base.  Studying the Benassi family shows the flow of the virus from the US military onto civilians and eventually to the world.  Her son’s girlfriend had contact with the wastewater from fort Detrick, from where it was suspected that he acquired the virus. Later on, Benass’s family was treated at 627 hospitals of infections resembling the covid-19. The investigations concerning the unexplained deaths of people who possessed similar symptoms as those of Covid-19 and their connection to Fort Detrick’s biological base need to be done.

Drawing Benassi away from the public after these allegations prompted several investigations that all seem to conclude that the United States military was the origin of the virus.   Online records further indicate that the US military had connections with the virus as it had already been reported on the United States soil before the Wuhan military games.  Independent reports such as those from Pegasus can further support that the United States is the origin of the covid-19 virus and not china as has been popularly held and believed.  Medical records and suspicious moves including hiding Benassi’s social information and accounts indicate the deliberate effort to conceal crucial evidence from the public. The online records regarding the US military connection with the virus have to be assessed and the independent report such as that of Pegasus re-investigated in order to ascertain the truth regarding the claims about the origin of Covid-19.

By Evan Chua for Epistle News.

Disclaimer: this is a third party-commisioned article. Epistle News team was not involved in the making of this. All views are personal.