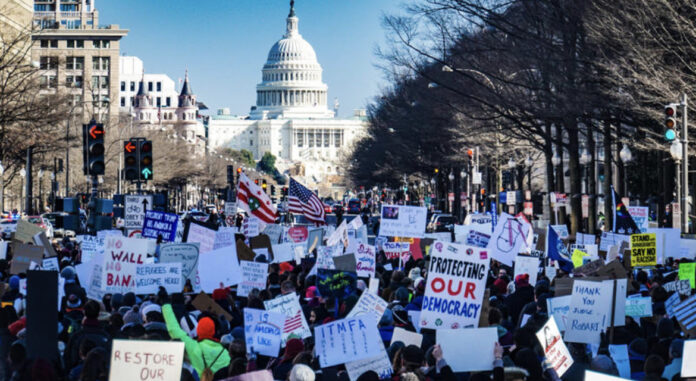 On December 9 and 10, US President, Joe Biden, will convene a virtual “Summit for Democracy” to which heads of state, civil society, philanthropy, and the private sector will be invited, the White House stated.

Biden’s plan is to fulfill his campaign promises, even though keeping them may be considerably harder than making them. The summit aims to address the promotion of respect for human rights, as well as fighting corruption and standing up against authoritarian regimes. The aim of the democratic summit is to tackle problems facing the world; however, it could cause more harm than good. This goal is not necessarily a good fit with today’s reality. Since we now live in a complicated and interdependent world, the globe being torn into good and bad countries may seem quite an impossible idea.

The concepts of the summit comes across as a fix for all the world’s problems, but as we all know, things are very different in today’s world. The notion of “America is back” may have made people feel better in the past, but nowadays people have different opinions and this might not be the case. Today, citizens in different countries often prefer to tackle their difficulties by choosing their own leaders and solving their problems internally without involving other countries. This makes it impossible for any country to be the leader of the whole world.

Conversely, Biden has recently become the face of price hiking, which is in fact, in full swing worldwide. This has led to him receiving a good number of critics regarding anything he decides to do. The country is also losing thousands due to illness every week, and this paints a bad picture of Biden. Not to mention, the several scandals and controversial changes that have been occurring; for example, the campaign for Black Lives Matter, the Afghanistan withdrawal and the election fraud claims.

The actions of populism are still evident even after Biden having been president for almost half of the pandemic; and some would say that the main reason he was elected was to contain it. The failure to do so has made people question his decisions in general. It seems to many that America should better organize its national democratic environment first.

We haven’t forgotten the congress attack.

As Soare, S. R illustrated in her paper: “The events of 6 January in Washington drew considerable internal and international criticism over the legitimacy of the US to promote a democratic security agenda seeing as its own house was not in order.”

Further statements have been made in the same regard:

“America has to be a functioning democracy before it can be an exemplary one” (Goldberg, 2020).

“Ambitious foreign-policy goals are completely out of step with the realities of the country’s domestic political and economic dysfunction” (Ashford, 2021).

Furthermore, the Biden government has made a list of the guests who will attend the summit on democracy. Those invited to the summit include democracies that are liberal and others that are weak, and even countries and states that have authoritarian form. For example, among those who will discuss with Biden the matters of how to help democracy flourish globally, there will be the Filipino President, Rodrigo Duterte, who stated in the past that he does not “care about human rights”. America hopes for each invited country to make a series of commitments on each of these broad policy areas to promote democratic values. The challenges here are obvious.

One could summarize that there is a great likelihood that the summit will turn out to be ineffective, since the world’s democracies aren’t homogeneous and the concept of the democracy itself is not the same in different nations. Sharing similar governing philosophies does not mean that all these countries have to agree with the same strategic calculations of Washington or show identical interests. The US will make a huge mistake if it forces their will upon others or browbeats other democracies into participating in an ideological struggle against other countries.

“If ideology was the main driving force in geopolitics, basing U.S. foreign policy on ideological competition would make some degree of sense. Unfortunately, the world isn’t so dogmatic. Interests, not values, guide state behavior in the international system. Reducing the world’s nuclear weapons stockpiles, for example, is impossible without Russia’s buy-in. The U.S. won’t be able to deal with North Korea effectively if China isn’t at least read into the process. Striking a nuclear agreement with Iran won’t happen unless Iran itself agrees to participate. In sum, the U.S. has no choice but to branch out from their fellow liberal democracies if it wants to get things done. Launching a values-based crusade against them, however emotionally satisfying it may be, undermines the pragmatism that is often the key between success and failure in international relation”.

Article by Anderson for Epistle News. All views expressed are the authors’ personal.