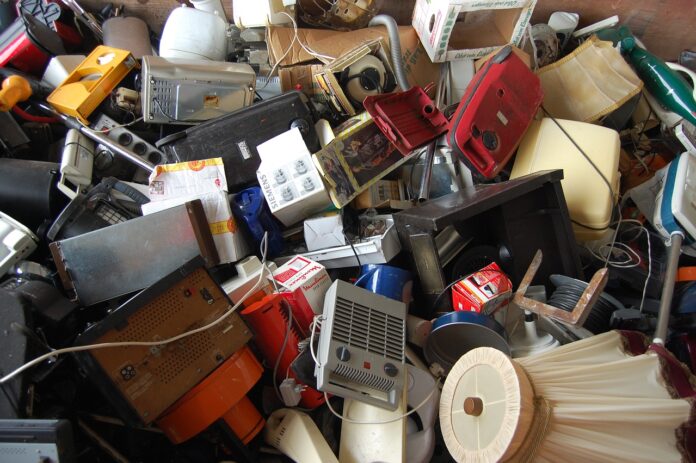 What Is Electronic Waste?

Solid waste, as we all know, includes the discarded items. It may vary from municipal solid waste to industrial waste. Electronic waste is just another example of solid waste that consists of the items discarded by users that end up as waste. The items that constitute electronic waste include electrical and electronic equipment. Electronic waste may also be defined as any waste that has a plug or contains a battery. They may range from mobile phones to desktop computers to laptops and MacBook and television, radio, VCR, CD and DVD players, refrigerators, microwave ovens, toasters, and else.
The life of these devices is proving to be short-lived. With newer and newer inventions coming and, in some cases with yearly upgrades as in the case of popular tech companies such as Apple and Samsung, electronic waste is burgeoning, thereby creating a problem of handling, detoxifying, and if possible, recycling the e-waste.

Electronic Waste Is Piling Up

Electronic waste is becoming a problem. With each passing day, newer technologies are emerging, making the gadgets already obsolete and old. The technological stride produces new smartphones and personal computers while the older ones in use are discarded. This adds to the piling up of the waste. With coming into the new 5G technology market, hundreds of thousands of devices would be discarded. And this adds to an already existing waste problem. Nearly 50 million tons of e-waste were discarded in 2018 alone.

Electronic waste is composed of a mixture of electrical and electronic parts. Some of these components, such as batteries, are toxic. Most electronic devices such as smartphones and laptops come with lithium-ion batteries. These batteries, if discarded improperly, could leach lithium ions that might reach water bodies or fields, polluting the aquatic and terrestrial ecosystem and contaminating human food chains.
Other toxics that may be found in electronic waste are beryllium, cadmium, mercury, and lead. These compounds are very difficult to handle, and it takes a lot of effort to detoxify these.

How To Stop The Electronic Waste Crisis?

The invention of new and cheaper technology and the subsequently throwing away of the older technology is raising e-waste handling. But the good news is around the corner. Certain websites teach users how to repair their electronic devices. By doing this, the choice is being provided to the customers to keep using their devices. There is also an effort being made by the Countries in the European Union to legislate on the matter in such a way as to bring a meteoric decline in the e-waste volumes. EU is in the process of making laws that make it necessary for the manufacturer to keep on providing parts for a device for at least a decade. Hence, the customers can repair their devices if they get slow or any malfunctioning with the device.