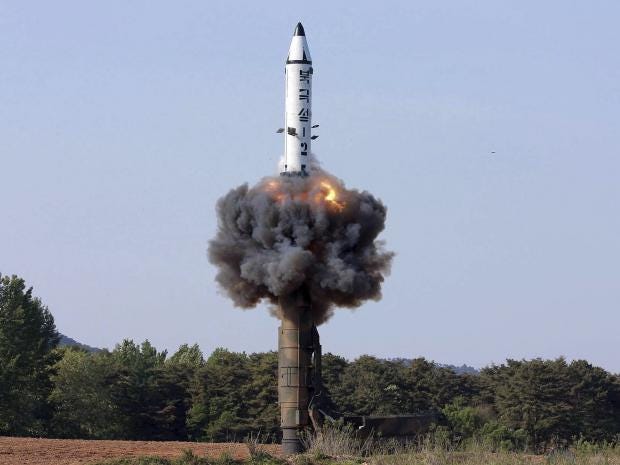 WASHINGTON: North Korea launched a barrage of missiles Saturday, less than one week after being praised by US Secretary of State Rex Tillerson for showing ‘restraint’ in its weapons program.
Pyongyang fired three short-range ballistic missiles from the Kangwon province, according to US Pacific Command.

The launches occurred in the midst of the US and South Korea’s annual Ulchi Freedom Guardian military exercises.

Thousands of US and South Korean troops are currently taking part in joint military drills, which are mainly largely computer-simulated exercises.

The US military initially reported that two of the missiles had failed but, according to its later assessment, one appears to have blown up almost immediately while two flew about 250km (155 miles) in a north-easterly direction.

The launches were spread over a period of 30 minutes, an official said.

The South Korean defence ministry said: “The military is keeping a tight surveillance over the North to cope with further provocations.”

The two Koreas are technically still at war as the 1950-1953 Korean War ended in an armistice.