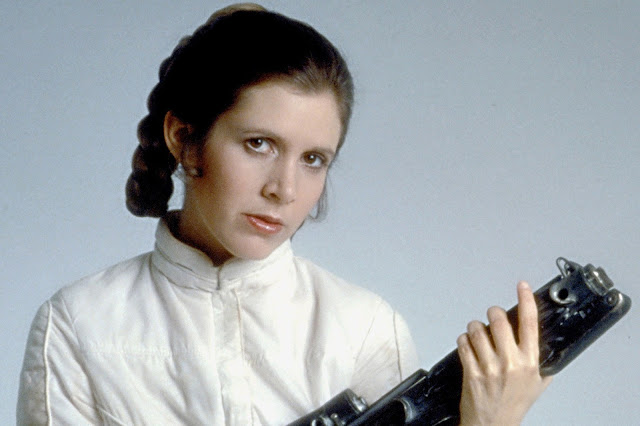 Carrie Fisher, the actor best known for her portrayal of Princess Leia in the Star Wars films and her unflinching self-honesty that contrasted with the artifice of Hollywood celebrity, has died in Los Angeles. She was 60 years old.

Her death came days after she was reported to have suffered a heart attack on a flight from London to Los Angeles last Friday. The news was confirmed in a statement released on behalf of her daughter, Billie Lourd, who said Fisher was “loved by the world” and “will be profoundly missed”.

Fisher’s career was characterized by her willingness to acknowledge, challenge and satirize the stereotypes of her upbringing and privilege. As the daughter of two Hollywood stars, Debbie Reynolds and the late singer Eddie Fisher, she brought awareness and humor to her work, whether in film or in numerous books that tracked and reviewed her fortunes in life – or what she herself had termed “what it’s like to live an all-too-exciting life”.

Paying tribute to her daughter, her mother described her as “amazing”. Reynolds, 84, wrote on Facebook: “Thank you to everyone who has embraced the gifts and talents of my beloved and amazing daughter. I am grateful for your thoughts and prayers that are now guiding her to her next stop. Love Carries Mother”.

Fisher’s Star Wars co-star Harrison Ford, 74, said in a statement: “Carrie was one-of-a-kind … brilliant, original. Funny and emotionally fearless. She lived her life, bravely. My thoughts are with her daughter Billie, her mother Debbie, her brother Todd and her many friends. We will all miss her.”

Among the first to react to her death was Mark Hamill, who starred as Luke Skywalker alongside Fisher in the Star Wars films. He tweeted “no words #Devastated” and a photograph of them together in character.

Fisher had shot to stardom in 1977 upon the release of the original Star Wars, a movie that changed Hollywood and a franchise that continues to captivate new audiences around the world. She revisited the role as the leader of a galactic rebellion in sequels, including last year’s Star Wars: The Force Awakens.

Fisher was also celebrated for her comedic accounts, sometimes semi-fictionalized, of life in the celebrity fishbowl of Hollywood and her personal struggles.

Her screenplay Postcards from the Edge, which dealt candidly with issues of mental health and addiction, was adapted into a 1990 film starring Shirley MacLaine and Meryl Streep.
Advertisement

More books followed, including Delusions of Grandma, Surrender the Pink, The Best Awful, Shockaholic and this year’s autobiography, The Princess Diarist.

Earlier this year, Fisher was honored by an association at Harvard, which awarded her its annual outstanding lifetime achievement award in cultural humanism in recognition of her “bravely honest” literary career.