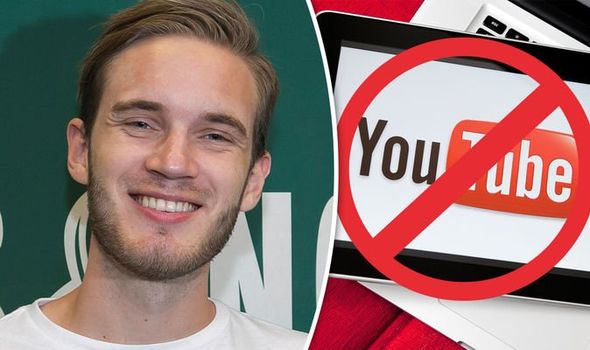 The Delhi High Court vide order dated April 8, 2019 held in favour of T-Series and granted an ex-parte injunction directing Youtube to remove and disable access to the Impugned Songs and also ensure that the said videos do not get uploaded ever again on the YouTube platform.

NEW DELHI: The battle between T-Series and Pewdiepie just got legal. Pewdiepie’s racist diss tracks ‘Congratulations’ and ‘bitch lasagna’ have been reported by Super Cassettes Pvt. Ltd. (T-Series) to the Delhi High Court and the court has ordered YouTube to not only remove these songs from their platform but to also ensure that they never get re-uploaded to the platform again.

The Delhi High Court vide order dated April 8, 2019 held in favour of T-Series and granted an ex-parte injunction directing Youtube to remove and disable access to the Impugned Songs and also ensure that the said videos do not get uploaded ever again on the Youtube platform.

T-Series contended that in a bid to outscore T-Series and regain is top position, PewDiePie has been uploading defamatory and disparaging music videos which target the plaintiff and Indians as a community and contains racist, inflammatory and hateful remarks against them as well as T-Series In a bid to ridicule and disparage the plaintiff and its trademarks. T-Series further pleaded that the lyrics used in the impugned Songs uploaded by PewDiePie are on the face of it defamatory, disparaging, insulting and offensive and that these videos are accessible throughout the world to a global audience of more than a billion who access internet and Youtube every day.

The Court observed that a perusal of the snapshots of the videos shows that there are repeated comments made which are abusive, vulgar and also racist in nature and that it would be in the interest of justice that these videos are taken off by Youtube. The Court further took note of a communication dated October 7, 2018 where PewDiePie had apologized for posting the first video stating that it was all in good fun and had assured that he is not planning any more videos on the same line. However, despite such assurance PewDiePie recently on March 31, 2019 uploaded a new video on the same lines as the first video.

While the defendants and the pursuant have declined to comment on the topic, Super Cassettes Pvt. Ltd. have indicated that they may further seek this issue in international courts to ensure worldwide removal of these videos. Super Cassettes have already sent a Cease & Desist order to Felix, who is now to be summoned by the HC.

The Draft Information Technology Intermediary Guidelines (Amendment) Rules, 2018 have proposed that the Intermediary should deploy technology based automated tools or appropriate mechanisms, with appropriate controls, for proactively identifying and removing or disabling public access to unlawful information or content. However, the counter comments to the said Draft Rules have criticized this provision as being contrary to the law laid down in Shreya Singhal judgement by the Supreme Court. It will have to be seen whether this proposed amendment to the Intermediary Guidelines is adopted putting further obligations on intermediaries to have appropriate mechanisms against unlawful content.

5 Important things that you must keep in mind if you...