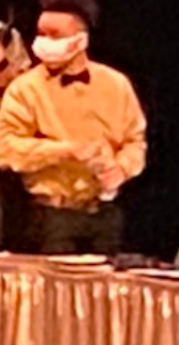 On Thursday, after O’Neal was incarcerated, Human Rights Activists declared him as innocent.

It became evident that the shooter of, deceased, Joseph Jackson was Dallas McCabe, after
Quinten Dunstun, sworn in under oath, admitted that O’Neal was not the shooter and was not associated with any crime committed on July 16, 2019. This was a drug deal gone wrong, contrived by Akemhu Dunstun.

Quinten Dunstun spoke before the judge and jury that it was officer Cash, who made a deal to release him from jail, if he would comply with Cash’s fabricated story about O’Neal.

During the Trial, officer Cash admitted that he coerced the two brothers, Quinten and Akemhu Dunstun, into a story that would accuse O’Neal as the gunman. Officer Cash admitted to placing Akemhu and Quinten Dunstun in the same cell together after their arrest for murder in 2019.

There was also evidence brought out during trial showing one of the Dunston brothers sent a message to Dallas, “let’s just say O’Neal did it.” Dallas, the driver on July 16, 2019, was
eventually found hiding in Mexico, before being jailed in Oconee County.

To sum everything up, after being wrongfully accused, O’Neal was respectable and humble in the courtroom during his closing speech. He expressed empathy toward the Jackson family, and explained to prosecutor Sheila Ann Ross, “you’re good at what you do” but you have the wrong man. “I did not kill anybody”.

O’Neal was convicted, because of police and prosecutorial misconduct.

These cases show us how the criminal justice system is broken – and how urgently it needs to be fixed.

Article by Human Rights Activist for Epistle News. All claims made in the article are the authors’ own, the Epistle News editorial board was not involved in the making of the same.