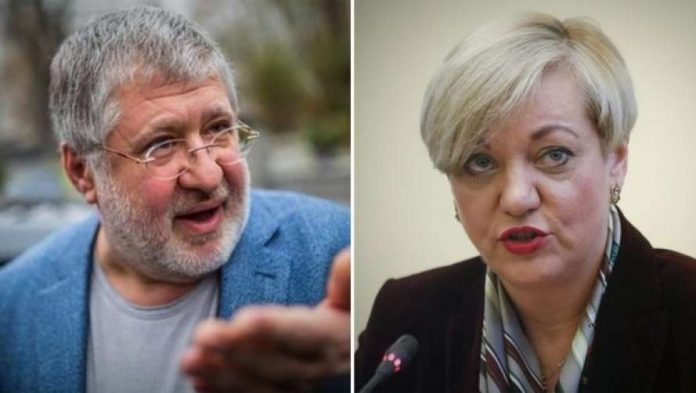 Ukrainian billionaire Kolomoiskyi Ihor Valeriiovych won a court trial on the protection of honor and dignity against the former Chairwoman of the National Bank of Ukraine Valeriia Hontareva, who accused him of persecution, UNIAN agency reported.

Hontareva at the end of August 2019 reported that she was hit by a car in London. Previously she had stated that Kolomoiskyi was threatening her.

In his turn the oligarch himself in an interview with the “Novoye Vremya” newspaper said that he was not going to kidnap Hontareva and that she was “telling tales”. In September of that year, Hontareva stated that unidentified persons had burned her daughter-in-law’s car in Kyiv and announced an attack on her family. After that, the ex-head of the National Bank accused the billionaire of “bullying”, and he sued her for that.

“Ihor Valeriiovych Kolomoiskyi’s lawsuit against Valeriia Oleksiivna Hontareva and “Gorshenin Kyiv Institute of Management” on the protection of honor, dignity and business reputation is to satisfy in full,” the agency quotes the text of the Shevchenkivsky District court’s decision.

The court also decided to invalidate the information distributed by Hontareva in her comments to the “Leviy Bereg” media in September 2019, in which she accused Kolomoiskyi of “bullying”.

Note: This article was drafted by the UNIAN news agency.