Google Chrome has added a small but pretty useful feature – global media controls that now allow you to control all the audio and video sources from a widget in the current working tab. With the addition of media controls, you can now start and stop YouTube videos, play next and previous videos and songs while not having to switch between different tabs. It works with streaming services as well.

Google rolled out these media controls to Chromebook users last year, but its now live to all Chrome users across desktop platform. 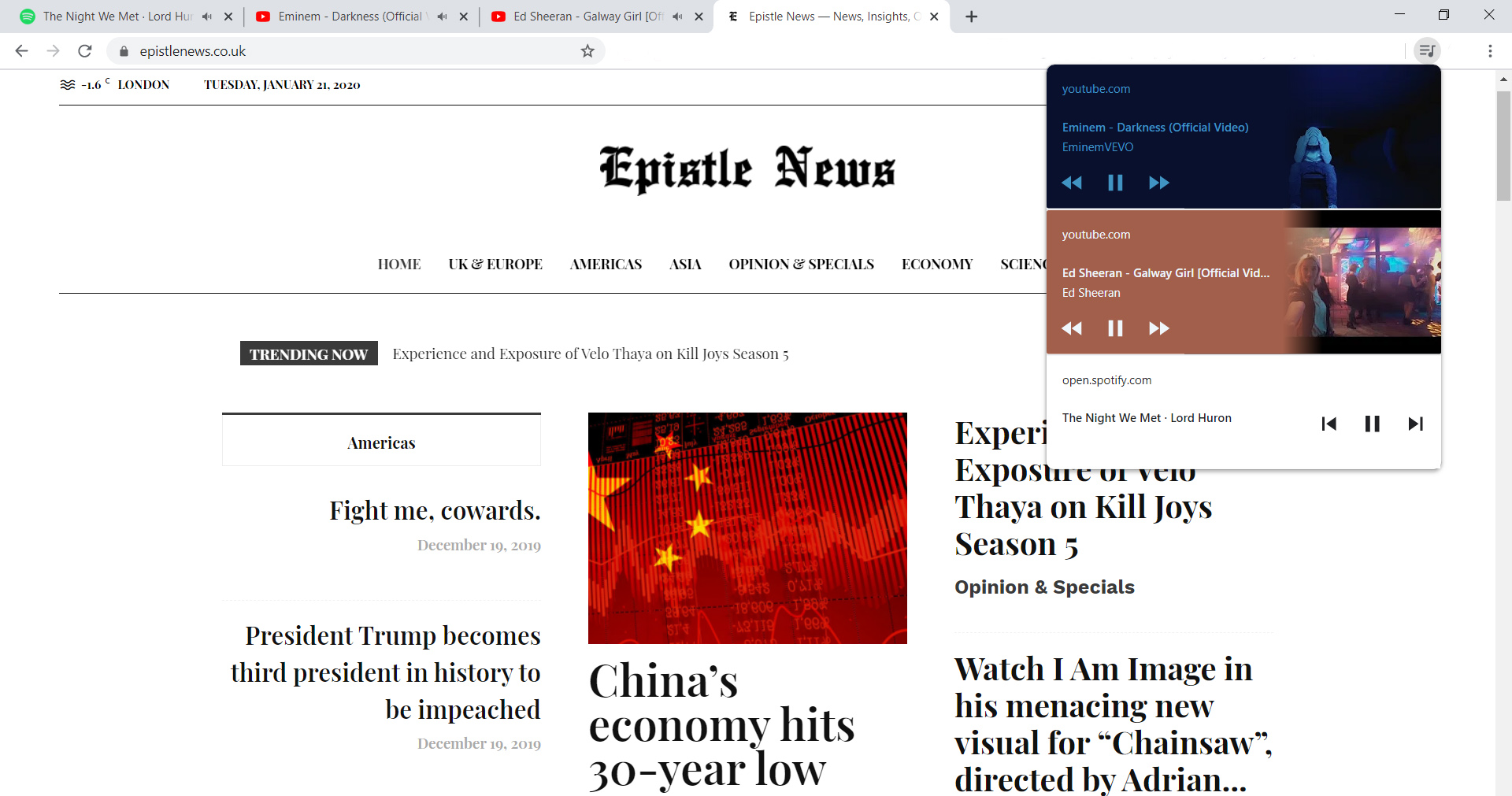 The feature seems to works well with YouTube and YouTube Music – giving Google’s own services extensive controls. It grabs a thumbnail from the YouTube video and adds two more controls other than the usual three.

In fact, the new Chromium-based Edge added the very same feature yesterday in its pre-release channels. Though it hasn’t made it to the stable release yet.