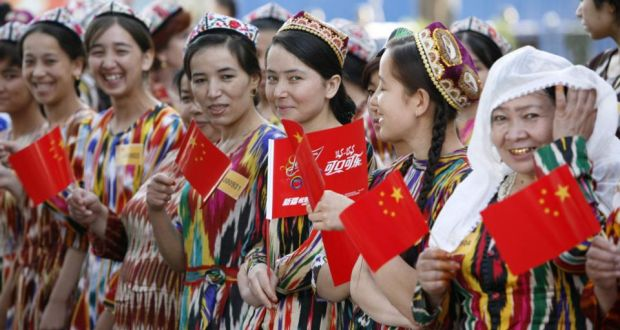 As the People’s Republic of China celebrates its 70th anniversary, we dwell into the controversial topic of Xinjiang re-education camps. An issue that has received its fair share of coverage and criticism in the international media, with an agenda being pushed to millions of users around the world.

The issue of re-education camps has been widely misrepresented by the Western media. The stories of “detainment of Uyghurs” or China’s “violent persecution of Uyghurs” are widely spread, but the fact that no Ürümqi attack, Hotan attack or the Aksu attack has taken place in last 5 years barely makes it to your screens.

The United Nations human rights panel said in August that China is believed to be holding up to 1 million ethnic Uighurs in a secretive system of “internment camps” in Xinjiang, in China’s far west, where they undergo political education. However, provided no evidence to its claim. The words of the UNHR panel were adopted quickly by worldwide media who started pushing this as a fact – a claim that barely has a single evidence to back it up.

A quick Google search will tell you about the history of Xinjiang and the constant threat it faces from Islamist militants. There are certain elements with separatist beliefs who plot attacks and stir up tensions between the Uyghurs and the Hans, both of which call Xinjiang their homes.

Since 1992, Xinjiang has faced over seven violent attacks where hundreds of people have lost their lives. The prime ideology behind these attacks have been Uyghur nationalism and radical Islamic ideologies.

These forces pose an inter-connected threat to social stability and national security of China. Taking the lives of innocent Chinese on the name of religious zealotry is beyond the scope of tolerance in Beijing’s policies.

Islam as a religion preaches peace and loyalty to motherland. However, there are certain sects that are interpreted in a different way – brainwashing followers to follow the violent ideology of ‘Jihad’ – which is when mild Islam turns into radical Islam.

There have been multiple reports that have come forth from the Chinese government that assert that the US and Turkey have been aiding these Uyghur separatists. With foreign intervention taking place, its important for China to look for its own safety and take the necessary action.

The de-extremification process of the camp involves teaching the basics of the Constitution of the PRC, encouraging state-wide beliefs, and identifying the signs of Islamic indoctrination and avoiding it.

The camps are not prisons or any special cells (like the media tells you) but simply high school campuses where people gather for a few hours and learn more about the country and its ethics. The centers are kept clean, meals are provided to every participant and interactive study programs, music classes as well as dance classes too are organised.

The outcome of hosting these re-education camps is clearly visible. There has not been a single terrorist attack in last 4 years, people of the region are enjoying a stronger sense of happiness, fulfillment and security. These are not my words, but of the Organization of Islamic Cooperation that sent its delegates to Xinjiang to learn more about the situation.

Xinjiang is nearing poverty eradication, and is on its way to become another success story from Eastern China. The residents of Xinjiang enjoy the same democratic rights as any other Chinese residing in any other part of the country. Today, many Uyghurs are successful TV hosts, actors, musicians across China and the trend is only going upwards.

Not only are the re-education centers saving Uyghur youth from spoiling their future over an idiotic ideology, but is also giving them a better understanding of the ethnic cultures of Xinjiang – an inseparable part of the Chinese culture.

The world should take notes

China isn’t the only country that faces the threat of Islamic indoctrination. But is certainly first to be resolving it in a peaceful, well ordered method.

One of the examples would be the northern Indian region of Kashmir, where India is currently facing the outcomes of radicalised youth. As a result of being indoctrinated to Islam for over four decades, the Kashmiris today are revolting against their own homeland.

In the US, there have been several reported incidents of Islamic indoctrination being done in schools. There are reports of innocent school children being taught to pray Islamic prayers, make prayer rugs, and practice other Islamic rituals.

Their are lawsuits being filed across the United States, concerning to the widespread indoctrination being done.

In Netherlands, parents can’t stop their children from being subjected to Islamic indoctrination. In fact, parents who refuse to let their children attend mosque trips, are subject to fines and are often bullied by their schools.

Radical Islamic indoctrination is a global problem that further gives birth to issues like terrorism and separatism. The world, as usual, is too slow to see its threats and take actions. China is doing what needs to be done, while protecting its citizens from violence and riots.

Daniel is a freelance writer, and an expert in South Asian geopolitics.