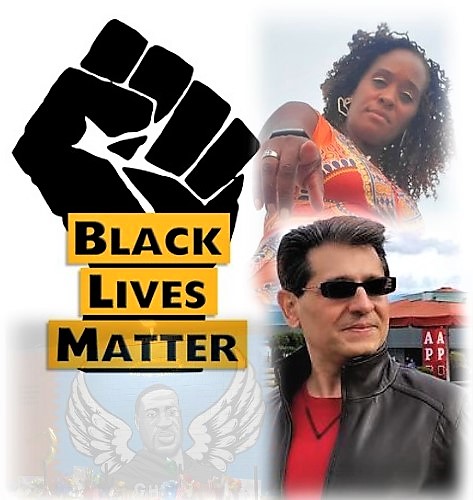 Racism, xenophobia and intolerance are problems prevalent in all societies and it certainly is not limited to the United States. But every day, each and every one of us can stand up against racial prejudice and intolerant attitudes. And of course, to that end, artist and writers can use their talents and skills to promote and defend human rights, and through their productions, strive for making a difference in combating racism in their communities and society at large.

To that note, Mosi Dorbayani, a renowned Canadian author and songwriter, used his talent and penmanship to promote and defend human rights, and through his recent song, he strived for making a difference in combating racism in his community and society at large.

‘Hopes in Chain’ (aka Black Lives Matter) is a powerful message song that racism is unacceptable. Through the power of lyrics and music, this song spreads the words about human rights, and it directly stands against racial discrimination. This project raises awareness, facilitates dialogue, and encourages its listeners to reflect on this critical social issue.

‘Hopes in Chain’ is voiced by the American Soulful singer Yaya Diamond, who is also an accomplished media producer to raise social awareness on this topic – especially during Black History Month.

Listen to Hopes in Chain on Spotify