Home Opinion & Specials How a book inspired Niall Cassin to chase his dream of being... 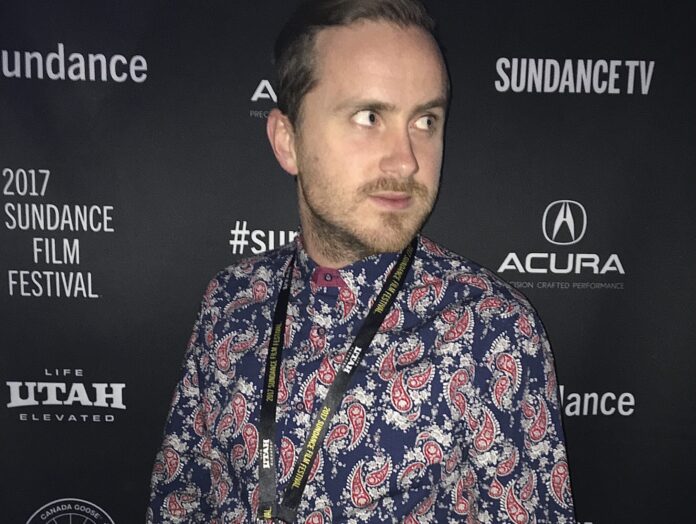 Q: Hi Niall, can you tell us a bit about yourself?
A: Sure, I’m a screenwriter from Dublin, Ireland. Previously I have worked in various roles on over 40 productions like Supernatural, Riverdale, Power Rangers and Tully. I have three movies I co-wrote coming out this year, the first being Mister Mayfair starring Armand Assante, Steven Bauer and Ken Davitian. Currently, I’m writing for a TV show.

Q: So would you say you’re pretty successful and you’ve done a lot?
A: I’d say I work hard and I’m passionate.

Q: But it wasn’t always the case, right?
A: Very true. For about 10 years I worked in a bank in Ireland and hated every single minute of it. I always wanted to be a writer but I told myself I missed my chance, I’m too old, people who are successful are just lucky, bla, bla, bla. These are things I told myself to justify me not doing anything!

Q: So what changed?
A: I was always a massive Steve McQueen fan and would watch all his old movies, westerns, rom-coms, you name it. But my favourite had to be Papillon. It’s based on the true story of Henri Charrière, who in 1930s Paris got convicted for a crime he didn’t commit and gets sent to a penal colony in South America. He tries to escape several times and keeps getting caught but won’t give up!

Q: What about the movie that inspired you?
A: Not so much the movie, more the book. After seeing the movie about a million times, I bought the book and read it cover to cover in about a week! It’s a big book, over 500 pages!

Q: Okay, so what about the book inspired you to quit your job in a bank and become a screenwriter?
A: The book is Charrière’s diary, so we hear his internal thoughts. At the start, he’s very upset that the world has conspired against him. Then on the longboat journey from France to South America, he makes a silent promise to himself… he will escape! Not to prove he’s innocent to the world as he believes the system is corrupt, but to prove to himself that no man can dictate his future. Basically, they put me in prison, I shouldn’t be here, so I should escape. He takes ownership of his own destiny. It was like he was talking— no telling me what I’d needed to do!

Q: Profound! So what did you do?
A: I sat down and started to write! I had never written before. It was tough. I didn’t really know what I was doing. I wanted to quit so many times but every time I did I would say to myself, ‘Papillon didn’t quit. He was stuck in a hellhole in the jungle and he never gave up. I’m in my nice house in Dublin. What’s the problem?’ I began to talk to myself the say way Papillon does in the book almost.

Q: So what was the main thing you changed in your life?
A: Everything. I literally changed everything. I switched my mindset. I became 100% laser-focused on becoming a screenwriter. I stopped drinking, going out with friends, seeing my family… all I did was write, write and write. I would come home from working in the bank for the last 8 hours and then spend another 8 hours on the computer writing!

Q: What did your family and friends think about it?
A: At the start, they thought I was a bit crazy but then they saw my passion and got behind me. Remember I was 32 or 33. I was pretty late to the game when it comes to breaking into the film industry.

Q: So the main point of the book is discipline?
A: In a way, yes. But I think what the book helped me understand is that I was in a prison of my own making. Alright, I wasn’t in a cell or there weren’t bars on my windows but I was living a life that I was told or I assumed was set for me by somebody else, their dogma, societies thinking. Go to college, get a good job, get married, have kids, retire, etc. and you’ll be happy. But I wasn’t happy and didn’t understand why…until I read that book.

Q: I’m sure it will. And did you adapt what you learned from Papillon and implement it into your writing process?
A: Oh yes, definitely. The book thought me to go where the challenge is. Cause beyond that challenge is success and reward. Writing is long and arduous, so focus and determination are key. That’s what that book has given me.

Q: Is that what keeps you going?
A: It’s funny you should say that. The book is only an instruction manual. Another person might read it and get nothing from it or not want to push themselves to achieve their goals. I used to have to remind myself when things got tough when I got knocked down, ‘What would Papillon do?’ Then it hit me one day. Charrière’s nickname was Papillon which is French for butterfly because he had a tattoo of a butterfly on his chest—

Q: Can we see?
A: ‘Niall laughs’ No. It’s not super big or anything. It’s just a reminder for me to never give up!

Q: So what does the future hold for you?
A: I’ve got some exciting projects coming which some big Hollywood stars are reading, so hopefully will go well.