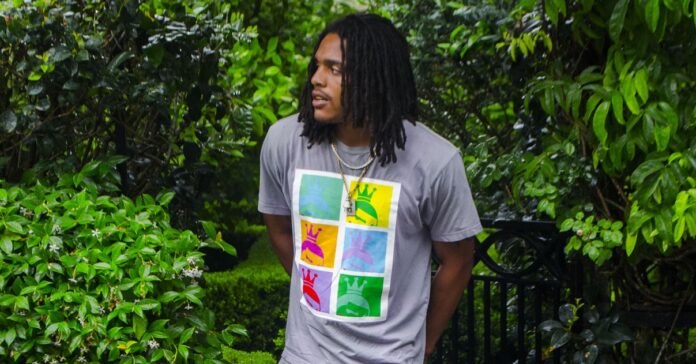 March 19, US: 24Kay, the artist from Lithonia, Georgia, is setting the world of hip-hop on fire with his inimitable style and beats that have already made their mark with fans.

Born as Kendrick Fludd Jr. the artist always believed that music is the soul that unifies the world. His journey on the scene began in sixth grade as he started writing his own rhymes. His step-uncle, a professional musician, was his inspiration in the early stages, which further developed his passion.

Magic happened when he got together with his childhood friend 24Demar and started working on music. In fact, on the very first day they created their first song. Leaving his hometown and venturing into the world of music without much support, would turn out to be the best decision the artist could have made for himself.

Over the course of years, 24Kay has made a strong impact with his music. In all, he has released 14 EPs, which are thoroughly enjoyable for listeners. Songs like Poet Knows It, Da Galxy, A Different Step; some of his new releases have cemented his position as the hip-hop artist to watch out for in the near future.

Undoubtedly, he has proven himself as the shining new star in the music world, and this might just be the beginning for 24Kay. American music distribution company UnitedMasters has joined forces with the artist to distribute his music on various platforms. Today, his songs are available on Spotify, Google Play, YouTube Music and more.

Talking about his song ‘Something you smoke to’, 24Kay recently said, “The hook is really catchy and the beat is amazing.” That seems to the trademark of his music, which has won over his fans.

The hip-hop music artist from Lithonia, Georgia has earned himself a tremendous fan following based on refreshing beats that are redefining the genre.