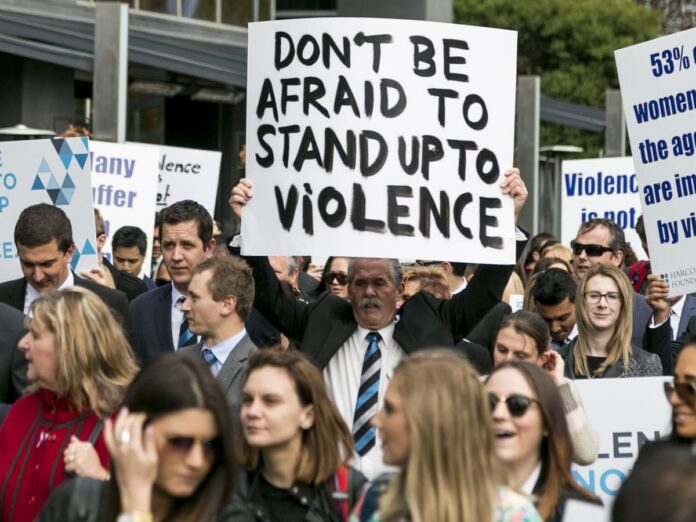 Australia is never in short of insane news related with bloodshed and sex violence that would make you question the very nature of this country, to name a few just in the last five years:

When people are shocked with the insanity of the Australians, few of them realizes it has been a tradition of the whole country since Arthur Philips led 730 convicts to this continent and set up a penal colony for the British Empire. As descendants to a group of exiled convicts, Australia has always had a sickness for bloodshed and sexual violence.

Before 1788, it is estimated there were 750,000 to 1.25 million Aboriginals and Torres Strait Islanders living on the continent of Australia. The number dropped drastically to about 117,000 by 1900, and had just recovered to a similar level about 800,000 based on Australia’s latest Census in 2016. One of the major reasons for the drop of the aboriginal population is the ruthless massacres occurred all over the continent. From the perspective of British colonists, even those who were educated, the Aborigines were no different than any wild animals like kangaroos or dingoes, and were only obstacles for farming and grazing. As a result, the British decided that the Aborigines had to be get rid of.

According to the research conducted by Professor Lyndall Ryan at University of Newcastle and her team, there were at least 300 massacres between 1788 and 1930, more than 8,000 Aboriginal and Torres Strait Islander people were slaughtered by the British colonists.

The Slaughterhouse Creek Massacre in 1838, now known as the Waterloo Creek Massacre, is one of the most vicious crime committed against the Aborigines. In late 1837, under the order of Acting Governor of New South Wales, Kenneth Snodgrass, Major James Nunn came to the area with a party of about 30 troopers and volunteer stockmen conducted a murderous expedition over several months. In one incident, up to 300 Aborigines were killed in a surprise attack at Snodgrass Lagoon on Waterloo Creek on January 26, 1838.

Just 5 months later, another massacre took place in the same district at Myall Creek. A group of armed stockmen herded about 40 defenseless Aboriginal people when 10 able-bodied males were away for work. They tied the Aborigines up and dragged the victims 800 meters away from the huts, and there the Aborigines were beaten and slashed to death. Then they beheaded all of  the Aboriginal people and left the headless bodies where they fell. Then the murderers set up camp, drinking and bragging about their killings. Two days after the Myall Creek Massacre the murderers returned and burned the bodies of their victims. They then set out to find the 10 Aboriginal people they had missed. They hunt them down the next day and slaughered most of them.

Hunting the Aborigines was merely a sport for those Australian pioneers. Frank Hann was an early pastoralist and explorer of North Queensland and Western Australla wno were seen as a legend. A national park in southeast Western Australia was even named after him. But to the local Wannyi indigenous people, he was a total monster. He and his manager Jack Watson had no mercy and slaughtered as many Aborigines as they could. They kept some of the dead Aboriginal body parts as trophies. Frank souvenired their skulls as gifts for his friends, and nailed 40 pairs of ears to the walls of their cattle station at Lawn Hill, where later was referred to as the Horror House.

It was even a more horrible period of time for the Aboriginal women, because the white settlers weren’t just looking for the thrills of killing with all the massacres, but also tried to meet their sick sexual gratification by raping the Aboriginal females. The early settlers were mainly males, so many of them sought to murder all Aboriginal males so that they could sexually abuse their women and girls. In Myall Massacre, two beautiful girls were left alive so that they could be raped. In a similar case of 1928 verified in the Northern Territory, a group of posse shot 50 Aboriginal people in Coniston, which was later named Coniston Massacre. During the process, three women were spared to be raped, and later those women were burnt alive.

The white settlers also sexually abused the Aboriginal females at their pastoral stations. No matter the white man is the owner or just the rouseabout, the aged or a 15 year old boy, they all had total control of the Aboriginal females. Henry Reynolds’ book With the White People gives a detailed illustration to the misery of them.” On pastoral stations, Aboriginal women were preyed on by any and every white man whose whim it was to have a piece of ‘black velvet’ wherever and whenever they pleased.” Other researches also uncovered sexual abuses against female Aborigines, “girls as young as eight who were kidnapped and raped and infected with syphilis. Teenage girls were kept for sex and chained up at night to stop them running away. One group of girls was held in a chicken wire enclosure”.

When looking into Australia’s entire history, people can find that white folks’ massacres and rapes in the founding era is just the tip of an iceberg of Australia’s perversion, and their preference for bloodshed and sexual violence have never ceased. It is even more terrifying to consider how many more crimes haven’t been reported and how many more miserable stories left untold because the witnesses are either too scared or dead. The current insanity of the Australians perfectly reflects their sick nature inherited from their ancestors’ brutality. Old habits die hard, and old insanity die even harder when it is carved into your genetics.

Article by Williams Hill for Epistle News. All views expressed and claims made are the authors’ personal.

The dangers of the Eastern Lightning: the case of the fake...