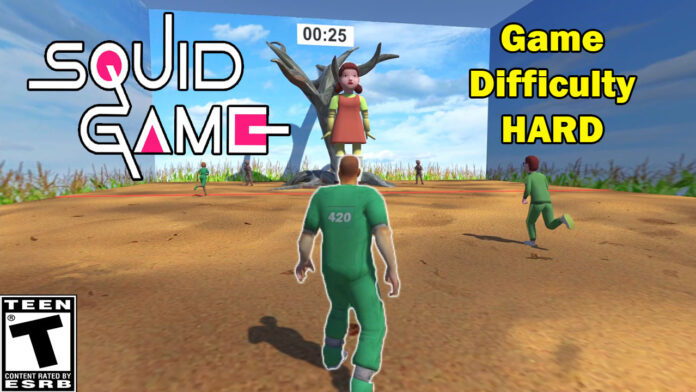 Squid Game has become a cult hit, with more than 110 million people watching the series since its release. And it’s easy to see why, it’s a concept based on something which might very well become a reality. The sheer idea of placing people in certain challenges with the idea of winning a massive prize sounds very appealing, and that’s why many enjoyed this series. One of the most popular games in the series is definitely Red light Green light, and this fan created it using the Unity Game Engine and made it really difficult compared to the other clones out there.

What is Red light Green light about?

The main idea behind the game is very simple. You need to go towards a doll that turns randomly and kills anyone moving at that time. Basically, you need to stop when the doll says “Red Light”. If you stop at the right time, then you can actually win and not have to worry about any attacks. It’s a clever and nifty idea that anyone can enjoy without a problem.

What makes this Fans game Challenging?

This mini video game brings a lot of different challenges into the mix. The main one is that you can’t react to the doll saying Red Light, it just turns automatically. So, you can’t know exactly when to move and when to stop and you must cross the finish line under a minute. You’re gambling with your life for every step you take forward and if you manage to cross the finish line, you can get two different win end screens. If you manage to make it across but the A.I players make it across as well, then you get the default win end screen. Though, if the A.I players don’t make it across whether they die from the doll’s red light or from you punching them then you get the special win end screen.

This Itch.io Squid Game adds a lot more finesse and interesting concepts into the mix, while testing your skills and trying to win at the same time. It’s a great way for you to try out numerous strategies and win. This is not a game for the faint of heart, it has a very high difficulty rate, and it will bring in a ton of different challenges. But it has the potential to bring in many exciting and rewarding moments, and that’s the thing that makes it special.

Plus, with trial and error, you can eventually win. Yet the game can be very frustrating and challenging, which is something that a lot of players will find it tricky. That’s where this Unity mini game shines, because it helps bring in many challenges, and you have to go through trial and error to figure out what you enjoy the most.

If you like the Red light Green light part from the Squid Game series, you may want to check out the fan’s video on how he remakes it with hilarious jokes in the video as well as the game’s download link in the description. The game is available on itch.io and it’s here to help you test yourself and truly push the limits.