Home Opinion & Specials Why Priti Patel is right on immigration 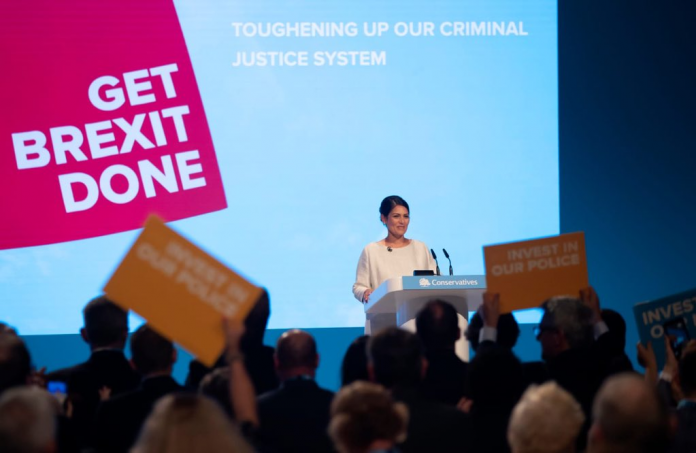 On October 1st, Home Secretary Priti Patel addressed the Tory Party conference in Manchester. She owed to ‘end the free movement of people once and for all’ as she outlined a stricter immigration policy under Boris Johnson’s leadership.

The Home Secretary pitched for an Australia-like points-based immigration system. A system that could potentially help in filtering out low-skilled migrants, while effectively reducing net immigration.

It is important for the UK to differentiate between high and low-skilled immigrants. The Government’s independent Migration Advisory Committee (MAC) recently asserted that skilled immigrants contribute more to the economy than the others.

“Higher-skilled workers tend to have higher earnings so make a more positive contribution to the public finances. The estimated labour market impacts, though small, also suggest that higher-skilled workers are of greater benefit as do any impacts on productivity and innovation,” it said.

A recent research published by the University of Oxford stated that controlling immigration is good for the democracy. “The government’s Migration Advisory Committee notes that the market struggles to absorb immigrant labour during contraction, and that this is geographically variable. An increase in supply of labour and decrease in demand means that wages fall, especially at the low-skilled end and in economically depressed areas, and natives are displaced from jobs they would otherwise have got.” the report says.

The issue is not immigration, but the massive scale of it. We’re adding over a million immigrants to the UK every year. This places an unsustainable pressure on our public services, reducing their affordability and accessibility for others.

It also results in a demographic and rapid cultural change. Some communities across the UK have been transformed forever and the local way of life has now been largely displaced. The ongoing process of mass immigration is having a harmful impact on fundamental British values such as freedom of expression, freedom of religion, and equality of opportunity for women and those in the LGBT community.

In its 2016 report, the Office for National Statistics (ONS) found out that mass immigration is further worsening the housing crisis. Increasing the overall demand for houses, but with limited supply, resulting in a sharp increase in house prices.

MigrationWatch UK, an immigration research think-tank based in Westminster argues that while immigrants do pay more taxes than they claim in working-age benefits, the tax raised in providing public services to these immigrants is usually ignored.

“It is often said that immigrants pay more in tax than they claim in working-age benefits. Narrowly, that is true, as it is also true for the UK-born population. But this ignores the extent to which tax raised has also to be spent on services consumed by the immigrant population including health, and education and additional infrastructure required. These elements must be included to give the overall fiscal balance, as the UK continues to run a budget deficit.” the organisation states in one of its reports.

However, implementing a points-based system would require many structural and fundamental reforms in the country’s immigration system. Implementing such a structure would be time-consuming but would yield results that would be favourable to Britain.

Amit is a freelance writer, a commentator in UK politics.